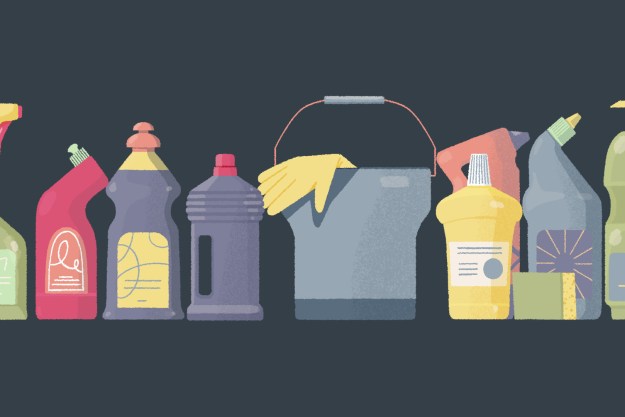 “A Little to the Left might be this year’s most plesant game thanks to its cathartic organization puzzles.”

As I organized digital shelves in A Little to the Left, my cat took the distraction as an opportunity. Suddenly, I heard the familiar sound of plastic clacking to the floor. Sure enough, she’d jumped up onto my entertainment center when I wasn’t looking and proceeded to start knocking over the amiibo figures that I’d lined up in front of my TV as decorations. I begrudgingly put the game down, got up, and meticulously placed them back in perfect order, knowing full well she’d do it again as soon as I unpaused.

A Little to the Left feels my pain. The debut game from Max Inferno is a wonderfully clever puzzle game that’s all about the stress of trying to create order out of chaos (especially when a cat is involved). It turns mundane household organization into a video game objective that’s deeply satisfying and frustrating in the same comedic breath. If your idea of a power fantasy is perfectly organizing a cutlery draw, this is finally a video game made just for you.

Rules of the house

In A Little to the Left, players complete five chapters worth of micro-puzzles that entirely range in complexity. Early on, it’s as simple as tilting a picture frame so that it’s perfectly aligned. Later, I’ll have to arrange a box full of crystals by their patterns. Its strength is that it’s mostly drawing on real-life scenarios and good housekeeping instincts. Many of its puzzles are incredibly intuitive as a result because it’s easy to look at three stacks of cat food tins and naturally want to sort them by color.

What I especially appreciate is that there isn’t one right answer to every puzzle. Each one generally has a few possible solutions, reducing the risk that someone’s ideal way of organizing is painted as incorrect. For instance, one puzzle gives me several spoons of varying sizes, from a big wooden one down to a teaspoon. I can successfully solve the puzzle by lining them up in a row by size, from biggest to smallest. Alternatively, I can stack them all with the biggest on the bottom and the smallest on top.

Its key strength as a puzzle game comes down to its constantly shifting rules. Generally, a game like this is built around a firm set of laws that are taught to players as they progress. Freshly Frosted, for instance, always asks players to create a donut and get it to an endpoint by building a conveyor belt. It builds on that idea by adding new wrinkles that complicate the goal, but the general objective is the same. A Little to the Left bucks that trend, creating new rules for just about every puzzle. Figuring out what it wants you to do is the tricky part, but the execution is easy once you do — even when a stray cat paw shows up to mess up your work.

There are a few roadblocks that can get in the way of that satisfying experience. Some objects are incredibly small, so picking them up and moving them with a mouse or touch controls can lead to some frustrations. A few puzzles also rely on players placing objects in certain parts of the screen, which had me scratching my head on some otherwise straightforward puzzles as I hunted around for where the game wanted me to drop something.

I never hit a total roadblock where I just couldn’t figure out how to progress.

Thankfully, A Little to the Left includes an excellent hint system that keeps anything from getting too obtuse. The solution to any puzzle is presented as a piece of paper that’s been scribbled over. Players drag an eraser over the image to uncover it, giving them full control over how much of the solution they want to see. In one puzzle that had me hanging tools on hooks, I erased just enough to give myself one starting hint. In others where I couldn’t quite crack the rule, I’d erase the entire thing and try to reverse-engineer the logic.

I appreciate the idea of a puzzle game where every answer feels within my reach. I never hit a total roadblock where I just couldn’t figure out how to progress. Instead, I could just focus on the tactile joys of dragging objects to their right place.

The presentation goes a long way to making sure the experience stays relaxed, even when its biggest messes make your eye twitch. It has a pleasing visual style that makes the entire game look like it was drawn with colored pencils. You can kind of picture someone curled up in a corner of their house doodling bowls in a sketchbook, lending it a warm vibe.

From start to finish, A Little to the Left is just downright pleasant.

The music is similarly gentle, with light piano and woodwind-backed tracks that feel like they were pulled from Animal Crossing: New Leaf’s calm nighttime hours. I spent most of my playthrough curled up on my couch with the lights out lost in a quiet zen state.

With just over 75 puzzles to complete over five chapters, it’s easy to eat up A Little to the Left in a few hours. To extend the short experience, Max Inferno included a Daily Tide mode, which delivers a new puzzle to players every 24 hours. It’s a cute little feature that gives committed players a quick daily ritual to look forward to every day. Before 2022, I’d maybe argue that the challenges aren’t long enough to warrant booting up the app every day. But in a post-Wordle world, I’m more willing to see the appeal of a bite-sized daily gaming task like this.

From start to finish, A Little to the Left is just downright pleasant. It’s an intuitive approach to the puzzle genre that plays with the human urge to keep our surroundings nice and tidy — and the feline instinct to absolutely ruin them. Though that frustration isn’t without some imparting wisdom, as this is a charming puzzler about learning to work around all the little annoyances that are beyond our control and maintain our cool in the face of them.

A Little to the Left was reviewed on PC.