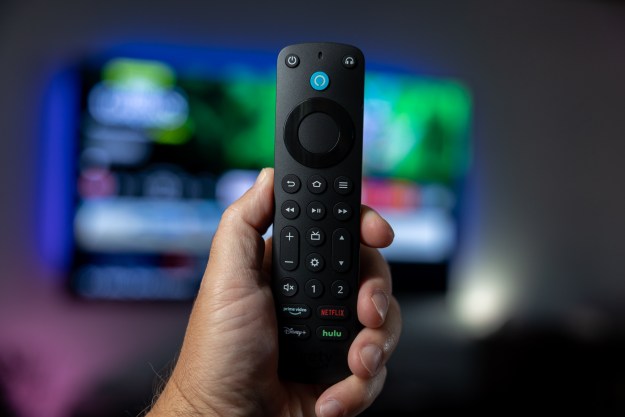 The Alexa Voice Remote Pro is the best remote control Amazon has to offer when it comes to its Fire TV device lineup. Let’s just get that out there.

As a result, that makes it a bit of an issue that it doesn’t actually come with any of the devices in its Fire TV lineup. Not yet, anyway. Instead, you’ll have to shell out another $35 if you want the best remote you can get.

And therein lies the problem. The Voice Remote Pro costs more than some of the devices it works with. Want to more than double the cost of your Fire TV Stick Lite? Grab a Voice Remote Pro along with it. And that equation gets even worse if you get something at a discount.

To be fair, that’s probably not the market Amazon is targeting for the Voice Remote Pro. It just doesn’t make sense to augment a $30 (or less!) streaming stick with a $35 remote control. It’s not going to turn a stick that’s limited to 1080p resolution into a 4K monster or anything.

But what the Voice Remote Pro will do is give you a better remote control, once you pair it to your Fire TV device, that is, but that’s simple enough. The buttons are backlit, making them easier to use in the dark. For those who don’t do everything by feel — the Fire TV remotes tend to have enough buttons, mostly of the same size and shape — that can be a real benefit.

There’s also a new feature to help you find the Voice Remote Pro should you lose it. To do this, you’ll need some other device that includes Alexa, be it an Echo speaker, or the Alexa app on your phone, or the Fire TV Cube, since it has hands-free voice control built in. Just tell Alex to find your remote, and the Voice Remote Pro will fire off an annoying series of tones that’ll enable you to find the offender and put a stop to the ruckus.

There also are a couple of buttons on the remote that you can map to whatever Alexa command you want, which is cool until you realize how your kids have been ordering pizza without your knowledge. But that may be a “me” problem.

And a little more nerdy (but no less a good addition) is the inclusion of a dedicated button to get into the Bluetooth settings of your Fire TV device even more quickly — the better to pair headphones with, my dear.

The remote itself also just feels a little better in the hand. It’s a tad shorter, and the edges no longer meet at a sharp angle, instead giving you a few millimeters of sides to grip. Again, it’s just better.

Before you run out and buy a Voice Remote Pro, though, do take care to ensure that it actually works with your Fire TV device. If it’s a relatively new device, you should be good to go, and Amazon has a full list here. But there are a number of smart TVs that it doesn’t support, including the Element Fire TV Edition, Insignia HD or Insignia FHD, or the Hisense U6HF 4K ULED Fire TV Series set. (We’re told at least the latter will get an update in due time to fix that.)

The Voice Remote Pro is a good remote, full stop. Indeed it’s a better remote than what Amazon ships with its best devices, which is frustrating. It turns the $140 Fire TV Cube into a $175 purchase — a 25% increase. And that’s the smallest disparity, not counting if you’re going to use it with a supported television that uses Fire TV as its operating system. But not even the new Fire TV Omni QLED — Amazon’s own branded television —  includes the Voice Remote Pro. You’ll still have to buy it separately, increasing the cost by about 6%.

And that’s the real problem. Amazon’s best remote is something most folks probably don’t need, and won’t get. At least not until Amazon includes it with its other devices.